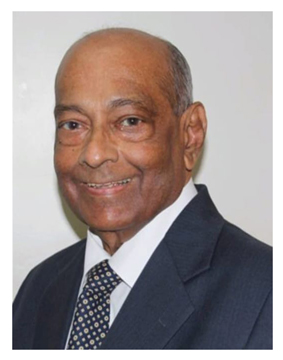 Dr. Joshi was born into a very illustrious family, dedicated to the field of medicine.

Seeing his father, one of India’s eminent ENT surgeons, achieve excellence in his field gave him the impetus to take up medicine as his career. He completed his initial medical education at Seth GS Medical College and KEM Hospital Bombay (now known as Mumbai) and went on to pursue his diploma in medical radio-diagnosis at the College of Physicians and Surgeons, also in Bombay. In addition, he deepened his education by pursuing training opportunities around the world. These included training in ultrasound at Herlev Hospital, Copenhagen, Denmark and the Royal Marsden Hospital, London, UK, training in breast imaging at Sydney Square Breast Center in Sydney, Australia, and training in Doppler ultrasound at Thomas Jefferson University Hospital in Philadelphia, Pennsylvania and at the University of California, San Francisco in the United States.

Dr. Joshi received innumerable honors and awards for contributions to radiology and ultrasound in particular. In 2012, he became the second Indian in 100 years to receive honorary membership in the RSNA, and in 2013, he became the first Indian ever to be awarded fellowship in the American College of Radiology.

In addition to being committed to excellence in clinical patient care, teaching and research, he was active in administration and community outreach. From 1997 to 2002, he was a member of the Expert Working Group on the Planning Commission of India for Supportive and Diagnostic Services at Primary, Secondary and Tertiary Health-Care Levels. He also served on the board of directors for the Medical Imaging Partnership, a U.S.-based nonprofit organization that seeks to provide access to imaging equipment, expertise, training and encouragement to developing countries. An RSNA member since 1990, he served on RSNA's International Advisory Committee from 2009 on and was a member of the Advisory Committee on Education for the International Society of Radiology.

Words cannot convey the persona of Dr. Mukund Joshi. His life was an inspiration to many in Radiology. We salute him.