The European Congress of Radiology will return on March 2-6, 2022 for a smart congress featuring onsite and online activities showcasing the very best science from the world of medical imaging.

With its theme of ‘Building Bridges’, ECR 2022 will take a multidisciplinary approach to radiology in 2022. Focussing not only on radiology’s many subspecialities, but also exploring medical disciplines outside of the ECR’s traditional scope, the congress will aim to find common ground and share scientific developments with clinicians, patients, global healthcare stakeholders and industry leaders.

The ECR 2022 Scientific Programme will be packed with informative highlights, insightful sessions including multidisciplinary teaching, and interactive features covering a wide range of topics. It will provide entertainment and education for all attendees, no matter their subspecialty or knowledge level, and no matter whether they attend in person or online.

The In Focus programme will return next year with Patients in Focus, an exclusive series of sessions and initiatives taking a more in-depth look at the relationship between radiologist and patient, and assessing how it can be supported and strengthened.

Returning with style to an onsite format in 2022, the industry exhibition will showcase state-of-the-art technology and innovative services from medical imaging’s biggest and brightest companies.

Further details about the European Congress of Radiology 2022 will be released soon.

The ECR 2022 poster takes the painting ‘Flowers in a Wan-Li Vase, with Shells’ by the Dutch painter Balthasar van der Ast as its central subject. Various aspects of the congress are portrayed within this stunning image.

The painting, which depicts a colourful vase of many different kinds of flowers, highlights the congresses remarkable ability to bring people together. It is a reminder that no matter your age, nationality, gender or medical discipline, the European Congress of Radiology is a place of diversity and inclusiveness. In this way, it ties strongly into the ECR 2022’s theme of ‘Building Bridges’.

The artwork is full of life and vibrancy, just like the ECR. The decision to use a masterpiece painted in the 1620s reminds us that ECR is a place of tradition and history. However, with the added elements of the strands of DNA wrapping themselves around the stems of the flowers, we are also led to understand that the congress is an event of both science and style, interaction and innovation.

Inspired by the ECR 2022 motto 'Building Bridges', next year's congress will feature Patients in Focus, an exclusive programme dedicated to the biggest stakeholder in medical imaging — the patient. Through a mixture of headline sessions, open discussions and brand new session formats, this series will focus on exploring and enhancing the relationship between medical imaging professionals and patients.

Patients in Focus will feature inspirational and insightful talks from patients, radiologists, and radiographers, as well as clinicians and representatives from other medical disciplines. It will highlight the critical role radiology has in the healthcare continuum whilst seeking to pinpoint exactly what patients want from their doctors and how our care for them can be improved. The programme is being coordinated by Erik Briers and Caroline Justich in collaboration with the ESR Patient Advisory Group.

We are now accepting abstracts for ECR 2022 taking place from March 2-6. Be a part of the largest meeting in medical imaging in Europe, where groundbreaking science meets extraordinary style.

The deadline for abstract submission is October 10, 2021.

For those wishing to submit to the Case-Based Diagnosis Training session – Interlude, all information and the submission template can be found here. 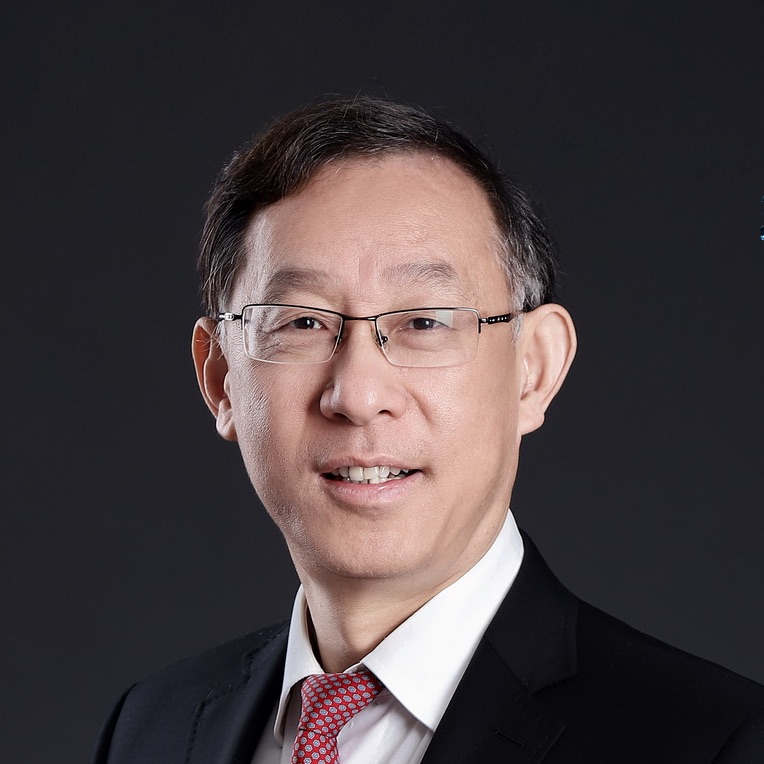 Professor Xiaoyuan Feng is an awarded Lifetime Professor of Radiology at Huashan Hospital, Fudan University, in Shanghai, PRC. He is the Honorary Chairman of the Chinese Society of Radiology and the Honorary Editor-in-Chief of the Journal of Chinese Radiology.

He was appointed Chairman of the Radiology Department at Huashan Hospital in 2000, acted as the Dean of Shanghai Medical College from 2001 to 2011, and as the Vice President of Fudan University from 2011 to 2015.

His research has focused primarily on neuro-radiology and abdominal imaging. He currently devotes his time to applying artificial intelligence to integrating and analysing myriad information from clinical diagnoses, including laboratory, radiology, pathology, and nuclear medicine.

He is an honorary member of the ARRS (American Roentgen Ray Society) and an honorary member or gold medalist in Asia. He has successfully organised numerous international conferences, workshops, and symposiums in China. Professor Feng is dedicated to education and innovation in radiology in China. He was the local Chairman of the AIMS program held by ESOR and offered a lot of support to Professor Gourtsoyiannis in organising the ESOR Visiting Professorship Program in China.

Professor Feng has been a keynote speaker for more than 50 leading events, has authored over 150 peer-reviewed publications and six books, including Modern Radiology. 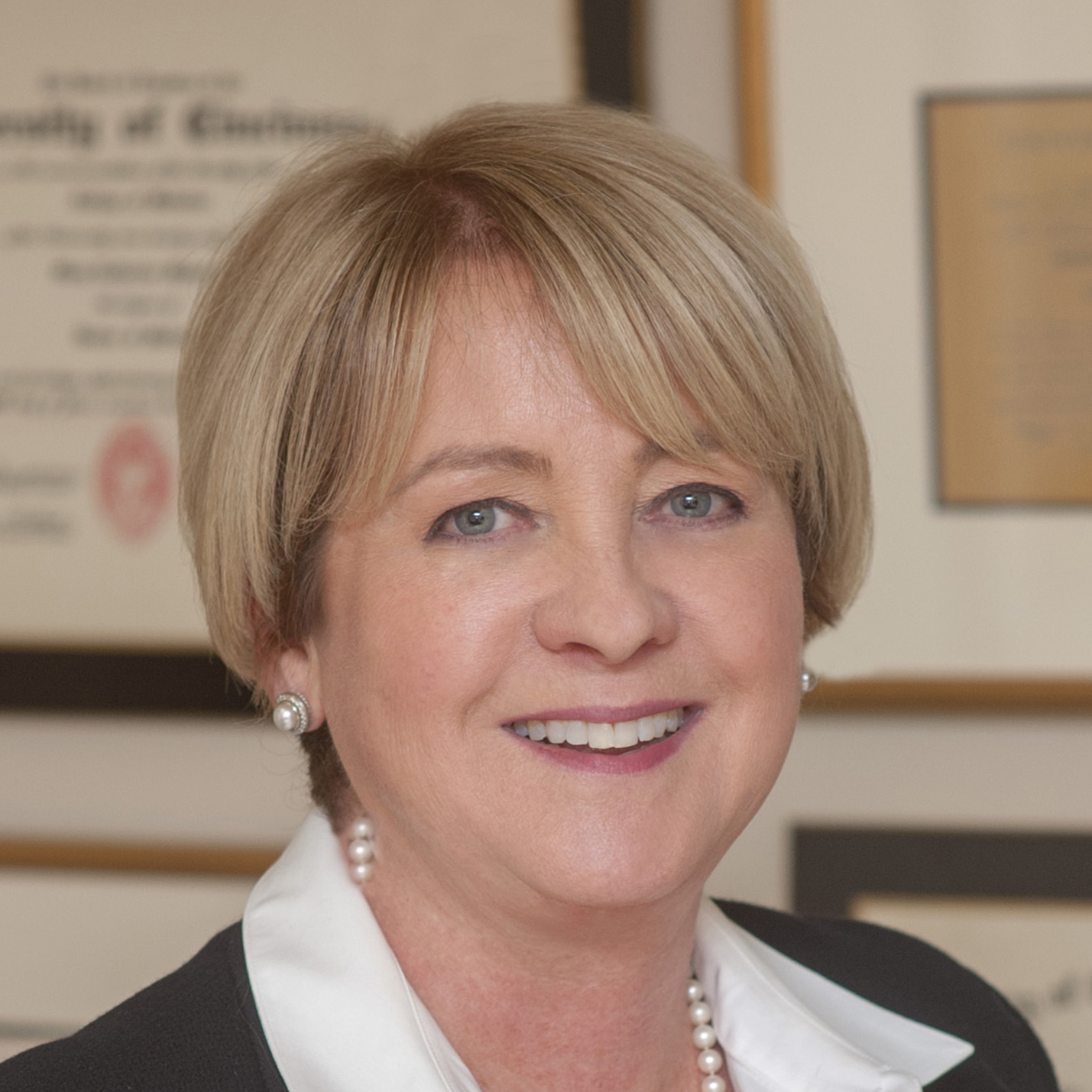 Mary C. Mahoney, M.D., is the Benjamin Felson Endowed Chair and Professor of Radiology at the University of Cincinnati (UC) College of Medicine and Chief of Imaging for UC Health. Dr Mahoney has previously served as Director of Breast Imaging at the UC Health Barrett Cancer Center, Fellowship Director for Breast Imaging, and Vice-Chair of Research for the Department of Radiology.

Dr Mahoney has authored numerous publications and has given hundreds of lectures across the world. As former Vice-Chair of Research, she has been the principal investigator for many research initiatives within the College of Medicine. She has also been instrumental in building the multidisciplinary breast centre within the UC Cancer Institute and the Advanced Imaging Core Lab in the College of Medicine at the University of Cincinnati.

Dr Mahoney is a nationally-recognised proponent and staunch advocate of patient-centred radiology. She has been involved in numerous initiatives through organisations such as the RSNA and ACR, campaigning to encourage and facilitate radiologists’ meaningful engagement in the patient experience. 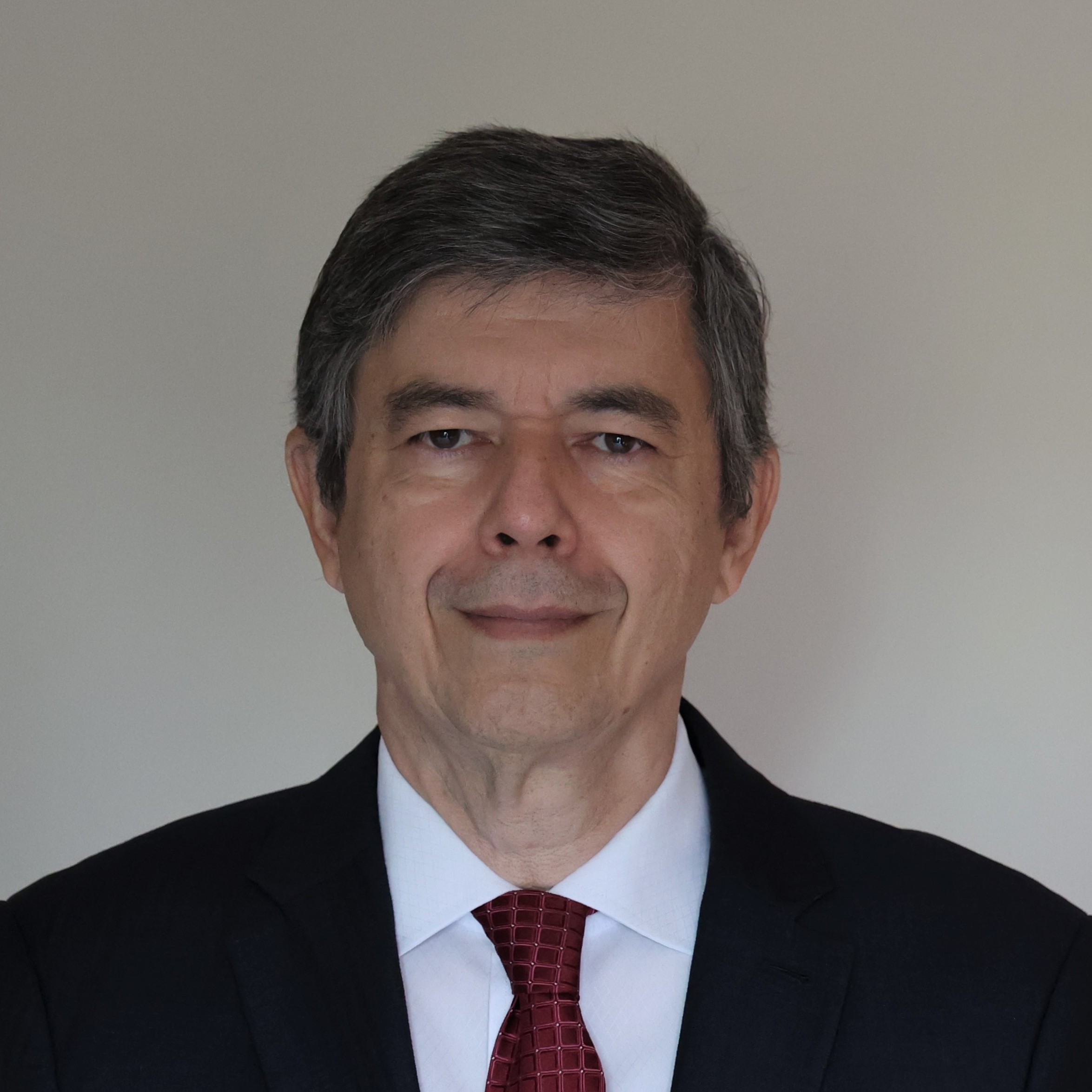 Working at the major university hospital in Brazil, he was responsible for introducing the participation of radiologists into multidisciplinary team meetings and now has daily educational activity with residents of radiology, surgery, and gastroenterology.

Professor Rocha served four years as Scientific Director and two years as President of CBR. During this period, CBR made great efforts to offer educational activities to radiologists from different regions of Brazil and to develop new methods of online education, with a particular interest in the use of social media. As President of CBR, he also took the initiative to establish closer relationships with ESR, which resulted in the event "Best of ECR" during the Brazilian Congress of Radiology 2019.

One of the pioneers to work with CT in his country, Professor Rocha has authored more than 100 peer-reviewed publications, 50 book chapters, and two books on abdominal radiology. He has also co-edited five books on radiology and has given more than 700 lectures in Brazil and other countries. 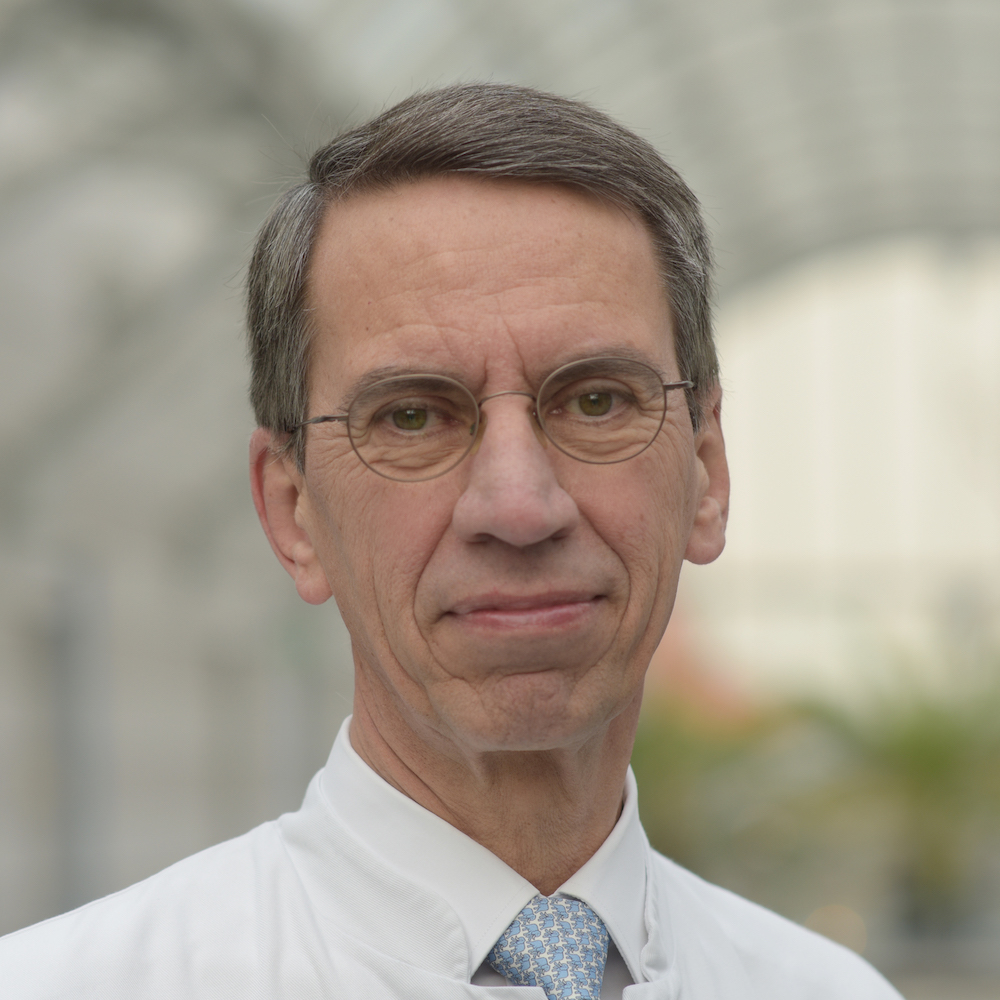 Bernd Hamm is Professor of Radiology and Chairman of the three merged Departments of Radiology of the Charité (Campus Mitte, Campus Virchow-Klinikum, and Campus Benjamin Franklin) and Head of CharitéCentrum 6, which incorporates diagnostic and interventional radiology, neuroradiology, paediatric radiology, nuclear medicine, and medical physics.

Professor Hamm's major scientific interests include MR imaging of the prostate, MRI and CT of the female pelvis, MR contrast agents, and iron oxide nanoparticles as molecular probes. He has authored 891 original papers, 98 review articles and editorials, and 14 books, and has given more than 500 invited lectures. 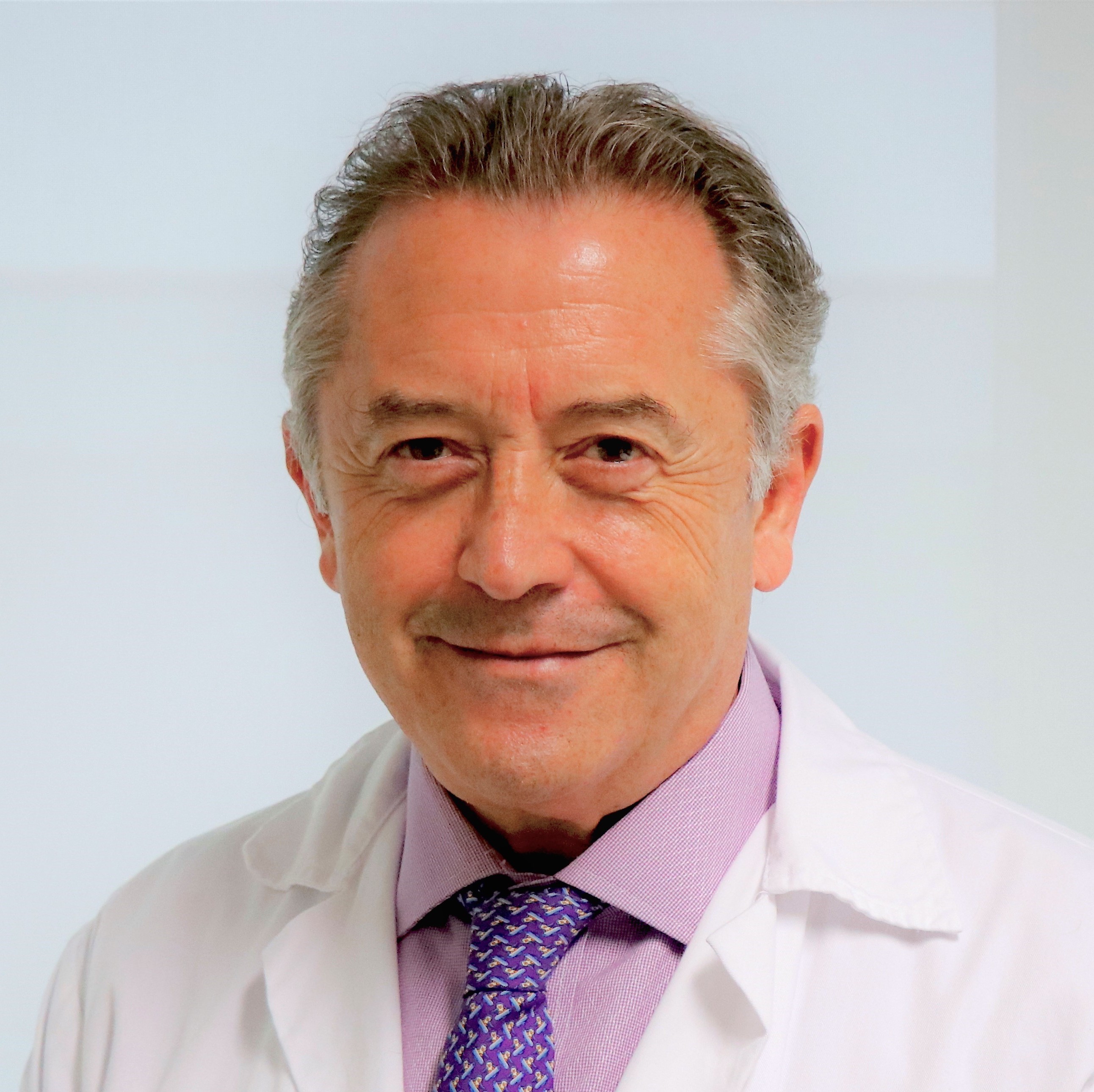 Luis Martí-Bonmatí is Director of the Medical Imaging Department and Chairman of Radiology at La Fe University and Polytechnic Hospital in Valencia, Spain. He is also the founder and director of the Biomedical Imaging Research Group (GIBI230) at La Fe Health Research Institute, which hosts both advanced clinical and experimental radiology facilities.

Professor Martí Bonmatí received his medical degree from the University of Valencia in 1983. He completed his residency in radiology in 1987 and earned his PhD in 1991. He started working in the first university hospital equipped with an MR system in Spain, Dr. Peset University Hospital, where he later became chief of the MRI section. In 2009 he took on his current role at La Fe University and Polytechnic Hospital, the reference centre for advanced treatments and complex diseases in the Valencian Community. That same year he was designated Radiology Coordinator of the Catholic University in Valencia, and two years later became Professor of Radiology at the University of Valencia. To date, he has supervised 50 doctoral theses and end-of-career projects.

From 1997 to 2021, Professor Martí-Bonmatí headed the radiology department at Quirónsalud Hospital, Valencia, where he integrated biomedical engineering directly into the reading rooms and the entire radiological innovation process.

Professor Martí-Bonmatí's main interests are computational imaging radiomics and biomarkers, image processing, imaging biobanks, and clinical innovations in medical imaging and artificial intelligence. He has authored over 600 publications, and his numerous research collaborations continue to facilitate joint efforts between different specialities and significantly improve the development and validation of imaging biomarkers.

Professor Martí-Bonmatí has received an honorary fellowship from the European Society of Medical Imaging Informatics (EuSoMII), the American College of Radiology (ACR), and the Most Effective Radiology Educator award from Aunt Minnie Europe. He is currently the proud Editor-in-Chief of Insights into Imaging, achieving a 3.579 impact factor last year and positioning the journal in the first quartile of medical imaging journals. 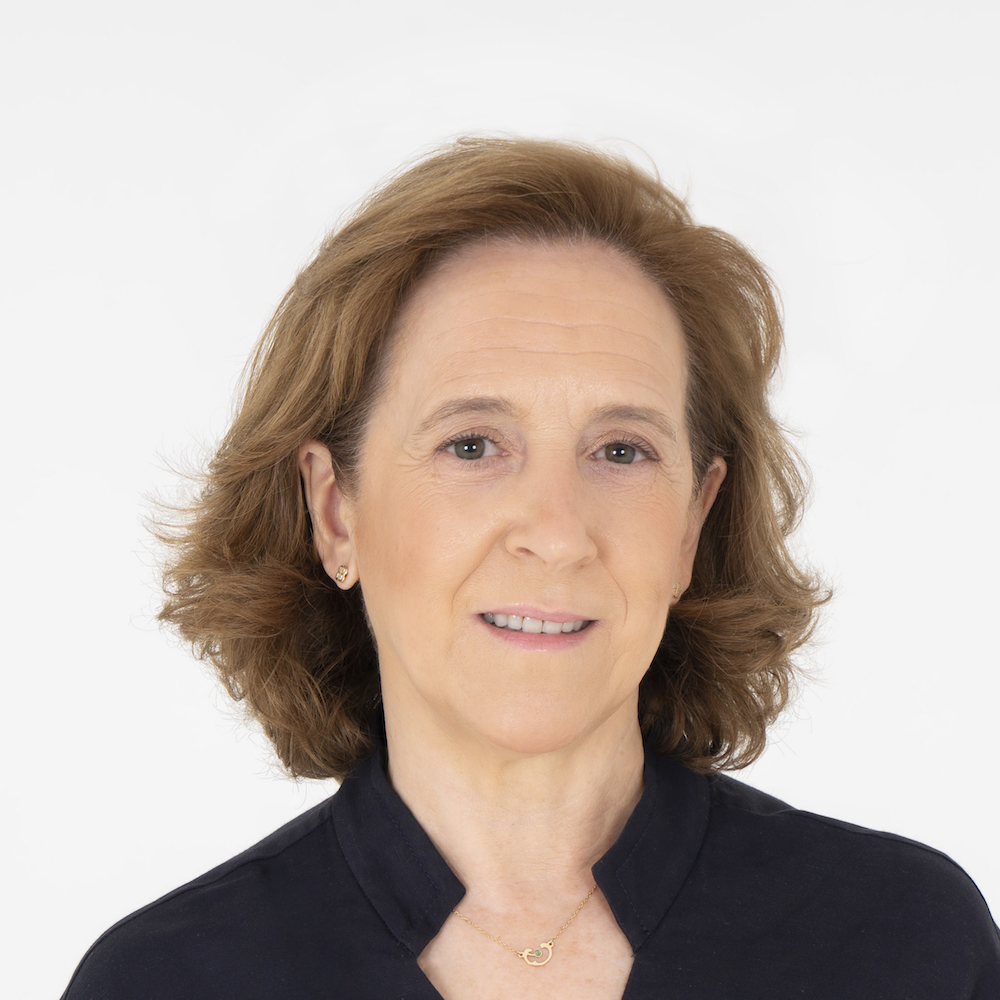 Professor Laura Oleaga received her medical degree from the School of Medicine at the Autonomous University of Madrid. She completed her training in radiology at the Hospital Donostia in San Sebastian and then trained as a Research Fellow in magnetic resonance imaging at the University of Pennsylvania in the Department of Radiology. She then went on to serve as a specialist in magnetic resonance imaging at the Hospital of Basurto, Bilbao.

Professor Oleaga is an active member of many scientific societies and organisations. She served as Vice President of the Spanish Radiological Society (SERAM) from 2002 to 2006 and as Chair of the Scientific Committee of SERAM from 2006 to 2008. She was Chair of the Education Committee of the European Society of Radiology (ESR) from 2015 to 2018 and has been the Scientific Director of the European Diploma in Radiology since 2018.

Professor Oleaga’s research focuses primarily on clinical imaging applications in brain and head and neck tumours. She has always striven to combine scientific research with clinical work throughout her career. She has authored and co-authored more than 80 peer-reviewed scientific papers and ten book chapters. 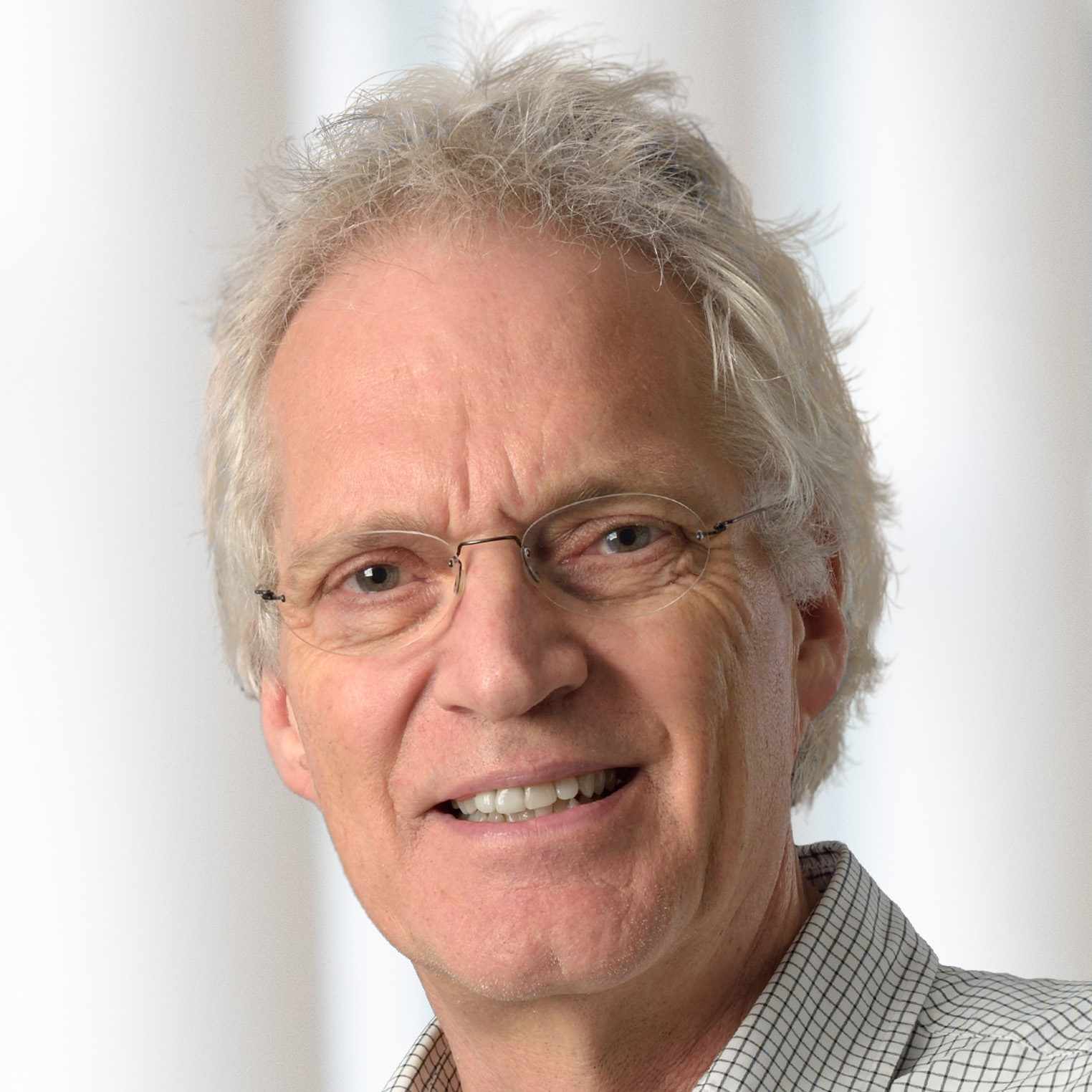 René Bernards is Professor of Molecular Carcinogenesis at the Netherlands Cancer Institute in Amsterdam. His laboratory uses functional genomic approaches to find vulnerabilities of cancers that can be exploited therapeutically. His laboratory identified the now FDA-approved combination of a BRAF inhibitor and an EGFR inhibitor as effective for treating BRAF mutant colon cancer. 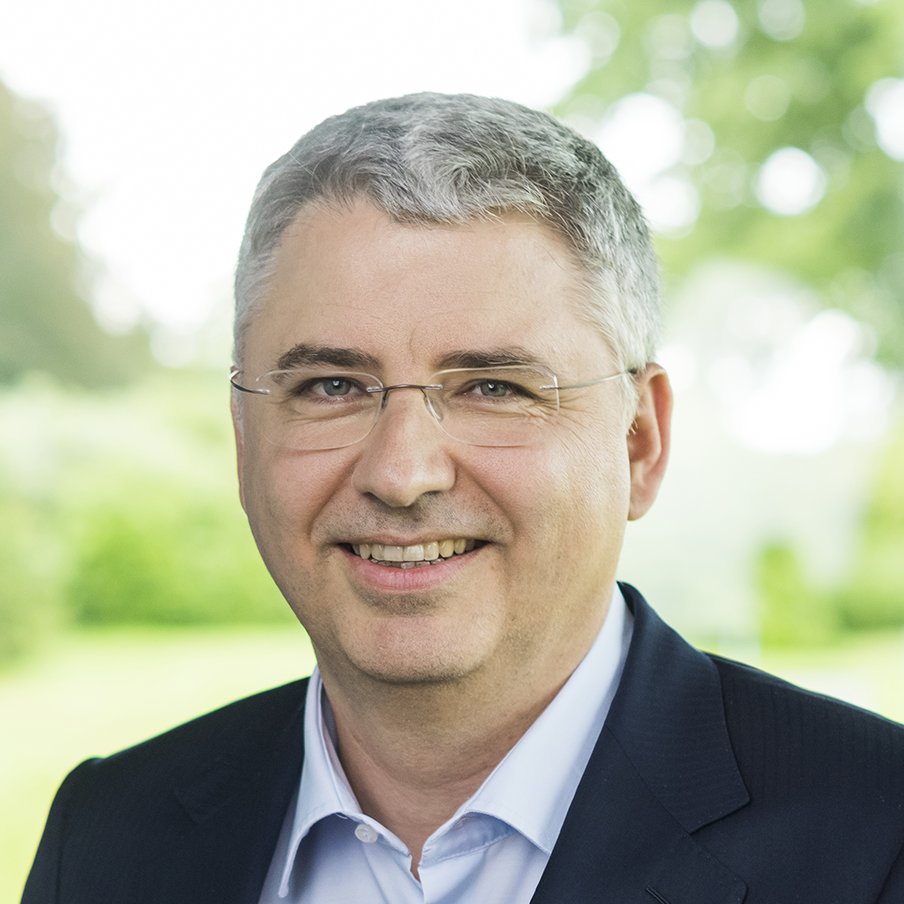 Dr Severin Schwan is the Chief Executive Officer for the Roche Group.

Dr Schwan was born in 1967 and is an Austrian citizen. After obtaining a degree in economics and a doctorate in law, he began his career in 1993 at Roche Basel as a finance officer.

Following various management postings to Belgium, Germany, and Switzerland, Dr Schwan moved to Singapore as regional head of the Roche Diagnostics business for Asia-Pacific in 2004.